HR Are You Running on Empty? 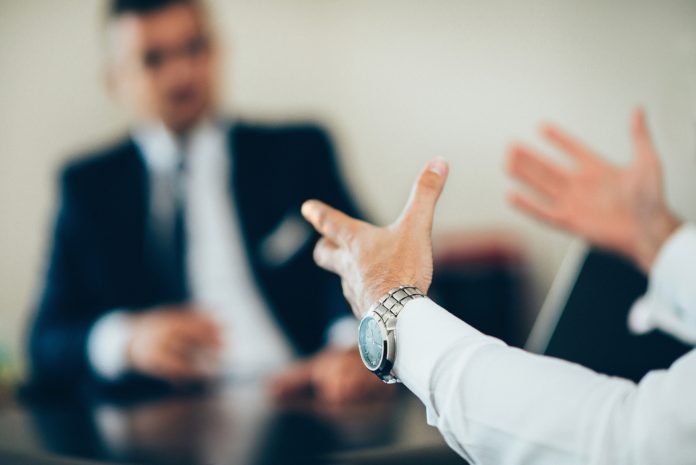 Robert, the CEO of a U.K.-based transportation services company, was successful by any objective external standard. Focused and energetic, he was viewed by the board, his team and employees as a visionary, charismatic and strategic leader. He had built the firm from a regional player to a global contender in just three years. Recently, he had made a gamechanging acquisition that almost doubled the size of the company; he was actively engaged in planning the integration.

By Nicholas Janni and Michael Watkins

In his early 50’s, in good health, and at what should have been a time of celebration and accomplishment, however, he was increasingly unable to avoid gnawing feelings of emptiness, isolation and loneliness. He had become aware that these were not new feelings, and that he had coped with them in the past by seeking more stimulation and distraction. So long as he had kept in motion, they had remained manageable.

Now, however, these coping strategies weren’t working. He still experienced bursts of energy, but they rapidly ebbed, replaced by feelings of a deep fatigue. He had become fearful that his normal tools and resources could not fix this, and worried that nothing could help him avoid the inner desert.

Robert is by-no-means alone in experiencing these feelings. Many executives with whom we work hover at the edge of emptiness, even as they scale new heights in their careers. In fact, part of what drives them, the “engine” upon which they run, is a relentless focus on action and accomplishment that lets them avoid these feelings…at least for a while. It’s a powerful engine, but one that ultimately is self-limiting and unsustainable. It means that they never realize their highest potential as leaders, and it carries with it very real risks of personal and organizational derailment.

In our work over the past two decades, coaching hundreds of senior executives, we have observed that an alarming percentage of them are driven by significant emotional deficits: they lack of a deep connection to their work and their lives and seek to fill this gap with action and external affirmation. They accomplish great things, but it’s never enough. Major accomplishments are experienced as short-term boosts that too-soon are replaced by feelings of anxiety and disconnection. While these leaders can be experienced as inspiring and charismatic from a distance, and are certainly exceptionally high ‘achievers’, they don’t really connect to people, including their teams, who work more closely with them. Perhaps more disturbingly for them, they don’t really connect to themselves and to their loved ones.

Why are many senior executives driven by these sorts of emotional deficits? In our work coaching these leaders, we have found that it mostly is the result of early family experiences in which they did not feel “accepted” unless they were accomplishing things that were viewed as valuable, and/or “safe” unless they were taking care of themselves. In the absence of an inherent sense that they were acceptable and/or safe, they learned that the way forward lay in doing and not in being.

Many leaders are, whether they fully realize it or not, driven by histories of deprivation and even trauma. It is common for their formative experiences to include poverty, a lack of emotional warmth in the family, warring, separated or absent parents, and even more serious scenarios of emotional and/or physical abuse. Often, they have siblings who are highly dysfunctional; brothers or sisters with mental health and/or substance abuse issues are common. They are the survivors, fiercely determined “never to go back,” and that’s the engine that propels them forward.

These executives are not dysfunctional or depressed. Instead they have learned to survive by being hyper-functional. They cope by reflexively, even obsessively seeking to accomplish and gain external affirmation of their worth. They are out to prove to others (and really to themselves) that they not merely are OK, but absolutely outstanding. They are filled from the outside, but not from the inside. They substitute action for satisfaction. They can accomplish great things. However, beneath the facade, we often find people who are suffering unnecessarily, and who are not and never will achieve their highest possibilities as leaders.

How will you know if you are being driven by an engine that substitutes action for satisfaction? Reflect on the following questions.

Leaders like Robert who have the courage to ask these questions can learn to run on a different, more sustainable kind of engine. The potential for great accomplishment remains, in fact it becomes more sustainable. The common fear, that “if I start feeling and living, I will lose my drive” are allayed. They learn that their deeply-felt fears that feeling emotion with weaken them are incorrect. They cease to be afraid that living into their inner pain will destroy them.

What does this take to make this journey? How do you move from being a leader driven by deficit, to one who accomplishes great things with emotional fullness and connection? First, you must acknowledge that it is time to look deeper into yourself and that, at least initially, that looking will probably feel like looking into a fog in which few any of one’s previous navigation tools will be useful. This courageous step in itself is one of the most important of all because of the intentionality it sets.

One of the most commonly-held, but incorrect, beliefs we encounter is that fear blocks us. In fact, the only real obstacle to emotional connection is that we block fear. Working with a skilled coach who made no attempts to ‘fix’ him allowed Robert gradually to relax and feel different layers of fear and pain. He discovered, to his great surprise, how strongly energized he felt afterwards. Moreover, the energy had a quite different quality to his usual adrenalized feeling; he felt more deeply connected to and settled in himself. He began to re-write his whole notion of ‘positive’ and ‘negative’ emotions, learning over time to embrace more unconditionally the full spectrum and richness of his emotionality. Accessing his long-buried sadness, for instance, became an essential avenue to opening his previously frozen heart and a gateway to new capacities of empathy and connection.

Although it took nearly a year of sustained effort, Robert emerged as a different leader powered by a different engine, and progressing on a much more sustainable trajectory of accomplishment. He had experienced the process of ceasing to flee from the pain at his core as one of the most difficult things he had ever experienced, but also the most important of his professional life. In his own words: “Little by little is has been a journey of connecting, first with myself and then with others. I am enjoying my work, and my sense of purpose in it, in a quite new way. I listen far better than ever before, and my colleagues have on numerous occasions mentioned how much more they feel I engage with them.”

Ultimately this is a journey of restoration. In our early lives, many of us learnt that our inherent right to “be” – with the deeply natural feeling of belonging and self-worth that accompanies it – had to start being earned through “doing.” We each have our own version of that primary movement away from our deeper self; the different ways we had to earn our place, approval and value.

The consequences of ‘soldiering on” are not promising. In our experience, it leads at best to increasing dissatisfaction, at worst to desperation, in both cases accompanied by eroding professional performance. One can only run on empty for so long.

About Nicholas
Nicholas Janni co-founded Olivier Mythodrama and is the founder of Core Presence. He teaches at IMD business school and works on presence and peak performance with senior leaders and teams worldwide. Michael Watkins is Professor of Leadership at the IMD Business School, co-founder of Genesis Advisers, and author of The First 90 Days. He advises senior executives on making successful transitions into new roles. 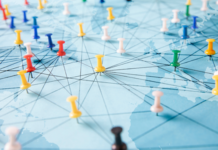 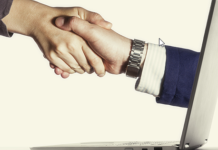 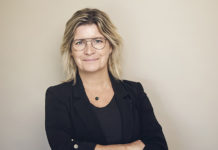